A plate of a slender fish, which looked baked well-seasoned, was served. Johann Gustav was intrigued to see dried fish, which was commonplace, being served in this store.
The uncle had a different expression, and picked up the fork as he smiled.

「This is sardine shoyuyaki.」 (TL: shoyuyaki: broiled in soy sauce)

Even though he had never heard of sardine, the saltiness had soaked into it properly and tasted delicious. The taste might not pair well with ale or lager, but it stimulated his appetite.

「The nanbanzuke from before was pretty good, but I like this better. It has a rustic beauty, or rather, it is like you are eating in a fishing village. It has that kind of simplicity.」

「Dear uncle, have you been to a fishing village before?」

「I was brought up near the sea before I joined my son-in-law’s family.」

「The flavours of the food in the fishing village were also stronger.」 The uncle continued.

「You sweat when you move your body. We sweated a lot while we were hunting, you know. It was to the extent that when it dried, you could blow salt off. You come to crave salty food when you have sweated that much.」

Johann Gustav, who was also eating the sardine, was surprised when he saw that his uncle had even devoured the bones with a voracious appetite. The culture was different, so the meals were completely different from the ones served in the imperial court and nobles’ feasts.

「When the place changes, the food changes as well. The Empire is huge. The bread that we normally eat is made from wheat, but I heard that they mix it with barley in places north of the Old Capital. They do that in the territories that the Empire is negotiating with.」

「I don’t understand. Why can’t everybody eat the same thing?」

「Don’t be foolish. That would only be possible for a kingdom. The Empire, on the other hand, must have the capacity to cover the daily necessities of all the different people, including food and clothing. If one cannot do that, then they shouldn’t call themselves an Empire.」

Even though Johann Gustav was a noble, from time to time, he could not understand his uncle’s advanced explanations. At this moment, he had to be careful with what he said, in order to ensure that his uncle did not get angry.

「Coming up, fried horse mackerel. Please pour the sauce over it before eating.」

It was not the waitress from before who served the dish. Instead, it was the dishwasher girl. She was quite an adorable girl who, unlike the other two employees, looked like a native of the Empire.

「Do I pour the sauce myself? This is another interesting idea.」

The uncle poured the sauce, which was like a pitch-black coating, over the dish.
However, the crispiness from the frying could still be seen.

「So, do you cut this with a knife and fork?」

When Johann Gustav asked the girl who had carried the dish, she replied with a laugh.

「It’s no good to eat fried mackerel in a well-mannered way. The secret to eating it deliciously is to eat it messily, in one gulp.」

The uncle, who heard it, became delighted and put his knife down.

「Eat it messily, you say. I have not done that in such a long time.」

Johann Gustav stabbed the fried mackerel with his fork and timidly brought it to his mouth.
The thick sauce coating, which had a hint of sourness, was strong and matched really well with the mildly flavoured mackerel.

「This goes well with the lager, dear uncle.」

「Yes, this is delicious! It is definitely a taste you would not be able to enjoy if you had cut it up elegantly.」

The uncle had another serving of lager, after which he wolfed down two more pieces of mackerel, which were served to each of them.

「By the way, Johann Gustav, it is a fact that people of the three northern territories still eat with their hands.」

「Yes, one of the rulers of the three territories, Earl Wyndelmarc, was ridiculed for it during the dinner party at the Imperial Capital and got really angry.」

「It was due to all the small things that have piled up, I suppose.」

It seemed that the current Emperor was trying to suppress the independence of the three territories without letting them speak, but was that the correct choice? Johann Gustav felt that the Emperor’s policies were strangely wrong after talking to his uncle.

Of course, as a noble, he would reject the recognition of independence. If one was approved, more would follow. This matter should not be overlooked, since this concerned the dignity of the Empire.

While he was thinking such things, the next dish was carried out.
The little girl from before was carrying it, but it seemed that the plate was a little too big. 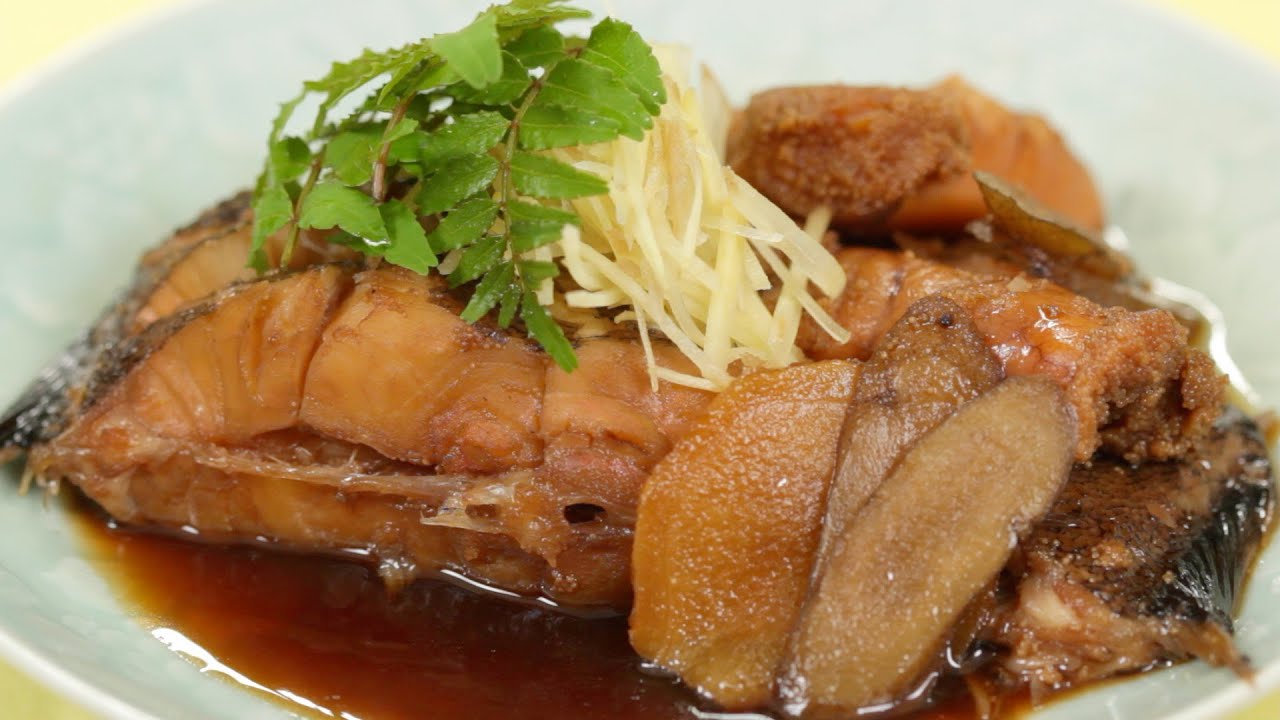 The plate was too big after all. The girl tripped, and the plate with the splendid fish fell onto the floor.
Fortunately, the plate had not broken, but the fish was ruined.
It was a little regretful, seeing as it had looked like a fine dish.

The uncle smiled gently at the girl, who was apologizing in a panic, and took out his handkerchief to wipe her face and hands.

「I’m alright. My clothes don’t look dirty either. Leaving that aside, is the little ojou-san alright?」

「It’s not good if you burn yourself. I will give this handkerchief to you, please cool it with water immediately.」

「Thank you very much!」

The store owner and the waitress from a while ago also appeared and bowed as well. The waitress immediately joined the girl in cleaning up the floor.
It is true that the girl had failed, but the treatment she received was not cruel.
If it were an ordinary izakaya, such reactions would be unlikely.

「But, this fish called ‘karei‘ became a waste.」

The uncle muttered regretfully.
It was probably reasonable, since his uncle could not obtain fish where he lived.

「I am really sorry.」

The store owner bowed and apologised politely. It was all fish. It was likely that the customer had assumed this was the main dish.

「No, it’s okay. I am satisfied just knowing that there is a store that can serve fish in the Old Capital.」

「Ah, that’s not it. It’s because the karei for the second person will be served a little late.」

He did not completely understand the store owner’s words, but his doubts were washed away when the waitress brought out another plate. The karei, which was as big as the one before, was brought out perfectly.

「I will prepare the other one immediately.」

「A, Ah, no. It’s fine. I will split this karei with Johann Gustav.」

「Is that so? I understand.」

Did they have so much fish that they could prepare another one? Even though it was unbelievable, there was a real karei right in front of his eyes.
Johann Gustav’s opinion of Izakaya Nobu became even better.
However, the uncle, who had some karei in his mouth, seemed to be thinking about something else.
When he was deep in thoughts like this, it made Johann Gustav recall his wisdom when he had been on active duty, before he retired.

The dish that was introduced and served to them was a bowl of rice with a red fish placed on top of it and soup.

「Dear uncle, do you know about this?」

「Yes. During winter, it would swim upstream, north of the northern three territories. Its salted products were widely distributed. I’ve eaten it before, when I was very young.」

The uncle, who inserted his wooden spoon into the chazuke, seemed disappointed as he talked about it.

「Ah, the skin is not included?」

The waitress, who heard his excessively despondent monologue, panicked and answered.

「It is alright! The skin was peeled off, and not thrown it away! It is now being lightly grilled!」

The store owner heated up the salmon skin on the grill net at those words.
An incomparable fragrance tickled their nostrils.

Johann Gustav did not completely understand what salmon skin would taste like, but apparently, it was unbelievably delicious.

「When I was young, if you brought me a salmon skin as thick as my thumb, I would have done anything for it, no matter what the cost.」

「There you go again, with your exaggerations.」

「Luckily, no one ever showed up with a salmon skin, so I guess it was fine. No, I guess you could say it was a disappointment.」

After Johann finished his salmon ochazuke, he felt a pleasant drowsiness, and he watched his uncle eat the salmon skin with his liquor.
Lately, he had been too busy to sleep well.

「It looks like you’re sleepy, Johann Gustav. Should we retire for the day?」

「Thank you very much for coming today. We look forward to your next visit.」

The uncle beamed with joy at the waitress’s polite manners.

「Thank you for your offer, but I live a little too far away. However, if I have the chance to do so next time, I will drop by.」

「Thank you very much.」

It had been dusk when they entered the store, but now there were stars twinkling in the sky of the Old Capital.
As he made his way back to the inn, the uncle quickly issued orders to the assembled Imperial Guards and his steward.

「I want to change the contents of the dishes served for the conference that will be held the day after tomorrow. It is sudden, but please arrange it without fail.」

No spoilers or be banned~ Cancel reply

Or become a Patreon donator by clicking here

Things come out on Saturdays.

We’re looking for active volunteers to help us get stuff out the door.

Our discord is here.